My goal is to help you stress less and have more calm to feel your best…Yes, that IS possible, I’ll show you how!

Emotional Freedom Technique (EFT) Come Tap-Along with me relieve any worries or stress!

Hi Friends! I’m Tabatha Marden, an Emotional Wellness + Leadership Coach, I help people have a better relationship with their emotions,  stress less and experience MORE happiness. EFT is a great tool to do just that. It stands for (Emotional Freedom Technique)

It is a powerful holistic healing technique that has been proven to effectively resolve a range of issues, such as anxiety, stress, phobias etc… It is based on the combined principles of ancient Chinese acupressure and modern psychology. 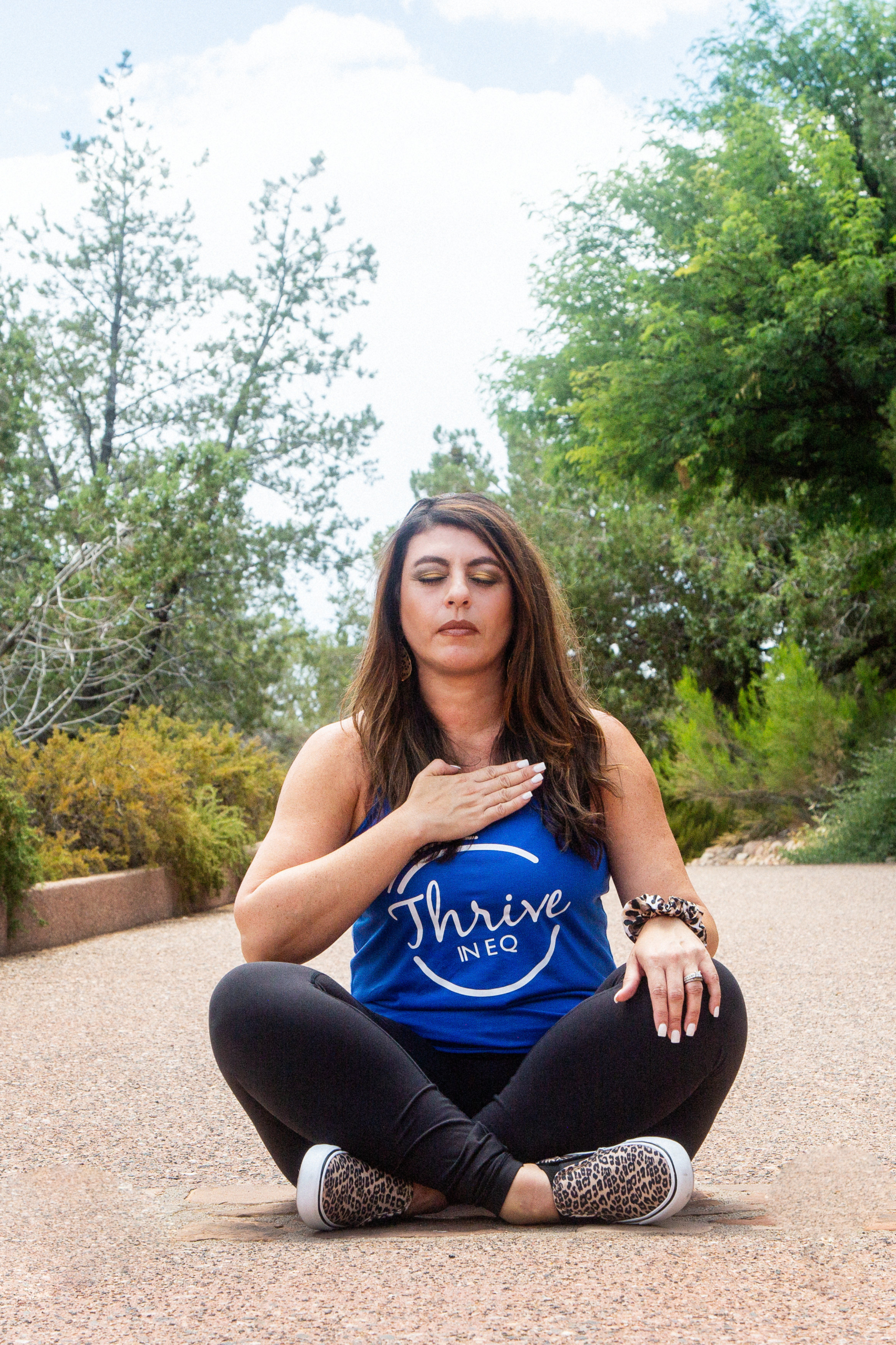 EFT It’s where you tap on acupressure ends points called (meridian points) while focusing on the stress, the trauma, the anxiety, the pain, whatever’s bothering us, we actually send a calming signal to the amygdala in the brain.

I would love to tap with you and walk you through a holistic emotional healing meditation to relieve some stress in your body. I offer individual sessions or group sessions.

Trainings are offered 1:1 coaching, at schools to use EFT tapping effectively with students, small groups, workshops and for Businesses.

You Can Reduce Your Stress & Anxiety by 41% with Tapping 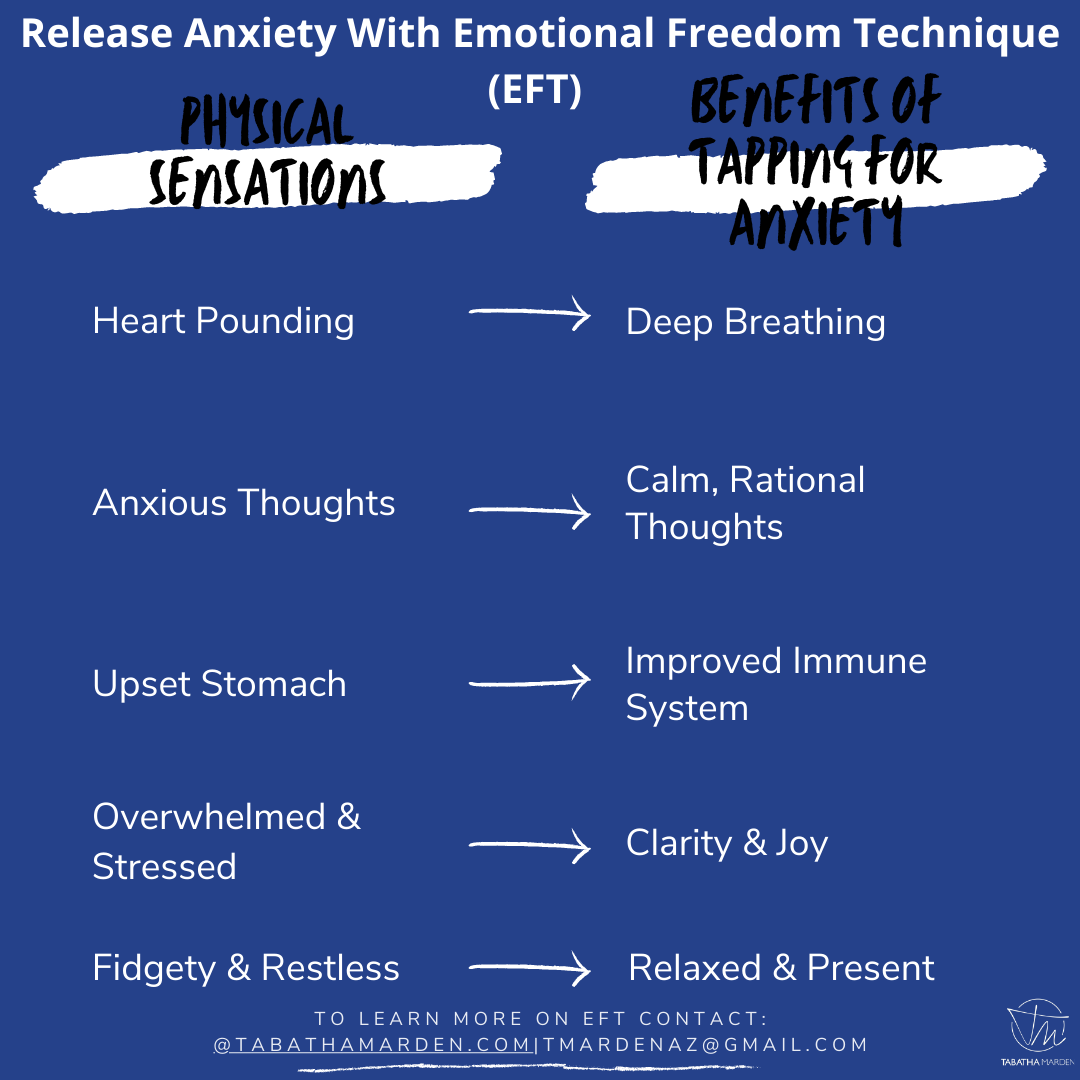 When we practice emotional health, we strengthen our emotional intelligence, improve our immune system and overall emotional wellness.
EFT  helps calm the nervous system, rewire the brain to respond in healthier ways, and restore the body’s balance of energy and feel centered. This allows you to feel centered and in control.

EFT is a great tool for stress management and self-care. Tapping only takes 10 minutes, when we do that, we think differently, we show up differently as parents, as caregivers, as spouses, as leaders.

We FEEL confident to navigate the curveballs and obstacles that comes our way. We are able to feel like we are in control of our emotions and most of all model EQ and spread that energy around.

I look forward to doing some tapping with you and support you on your journey to feeling better and experience the relief of stress in your body. 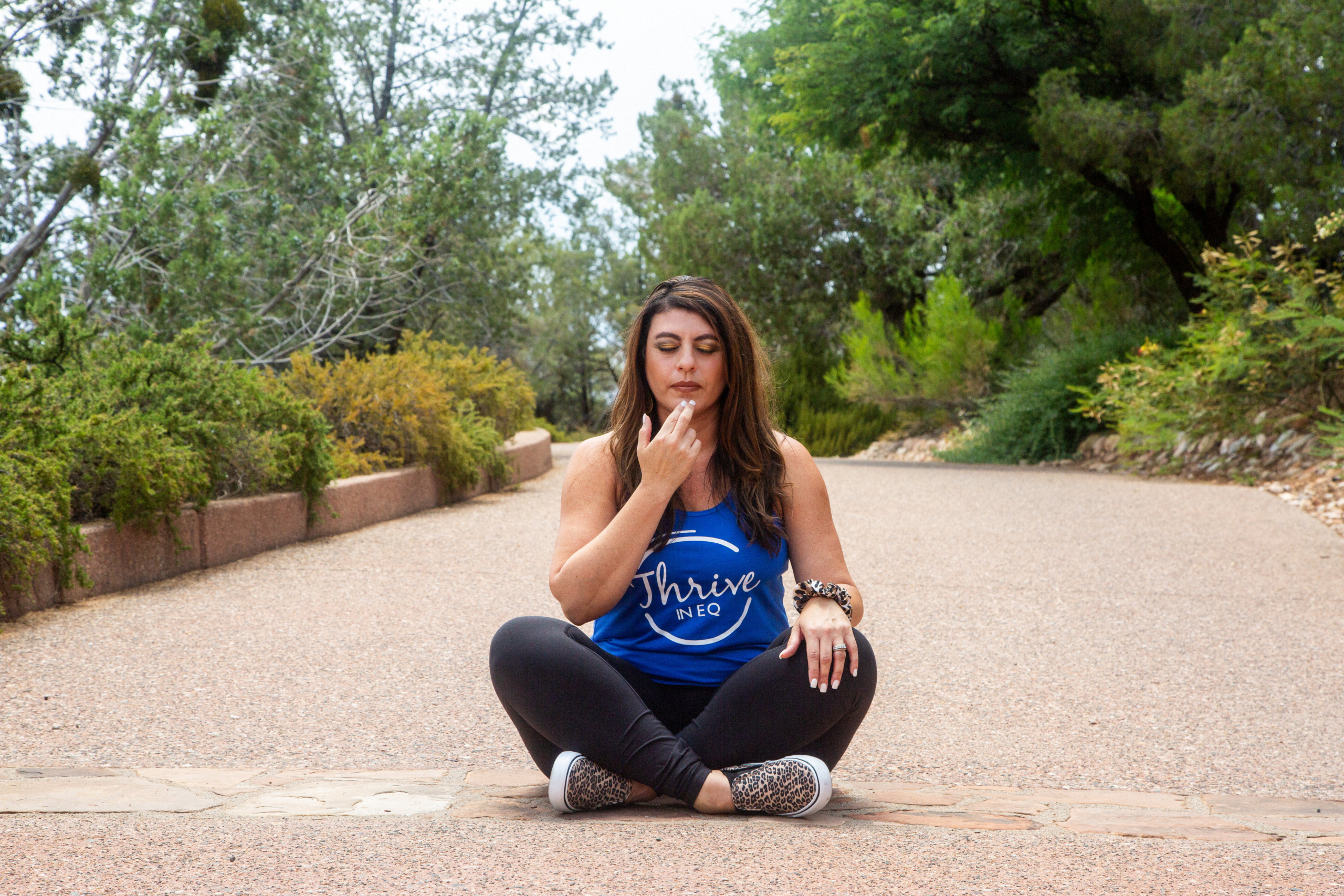 EFT is known to transform difficult emotions, heres to name a few:

Tapping therapy is based on the combined principles of ancient Chinese acupressure and modern psychology. Tapping with the fingertips on specific meridian endpoints of the body, while focusing on negative emotions or physical sensations, helps to calm the nervous system, rewire the brain to respond in healthier ways, and restore the body’s balance of energy.

How Does It Work?

Tapping makes full use of the mind-body connection, acknowledging and integrating the concepts that physical pain, disease, and mental wellbeing are intricately connected to our emotional states.

The body is equipped with an energy system that travels along pathways known as meridians. Tapping on these meridian endpoints helps to stimulate this system, and when verbally or mentally addressing the root causes of distress, the areas of blocked energy are able to release and flow naturally.

The basic Tapping technique requires you to focus on the negative emotion at hand – a fear, a worry, a bad memory, an unresolved problem, or anything that’s bothering you. While maintaining your mental focus on this issue, you use your fingertips to tap 5-7 times on each of the 9 specific meridian points of the body.

Tapping on these meridian points in sequence while concentrating on the negative emotions engages both the brain’s limbic system and the body’s energy system, encouraging a sense of safety and resolution. And as the scientific field of epigenetics is proving, when you change your internal environment – your emotions and beliefs – external changes in your mental & physical health will follow.

Tapping is simple and painless. It can be learned by anyone, and you can apply it to yourself whenever you want, wherever you are. It can be used with a specific emotional intent towards your own unique life challenges and experiences. Most importantly, Tapping gives you the power to heal yourself, putting control over your destiny back into your own hands.

The Research & Scientific Evidence of Tapping

Like many healing arts that draw upon ancient wisdom, Tapping has been met with a fair share of skepticism. Some doctors and psychologists have been quick to dismiss it as “woo woo,” despite the heaping anecdotal evidence from the results of clinical trials, practitioner reports, individual case studies, and those who have used EFT Tapping on their own.

In recent years, however, there’s been a growing pool of undeniable research proving that Tapping produces real, lasting breakthroughs. It significantly improves, and can even even eliminate, conditions that hospital treatments, medications, and years of psychotherapy often fail to adequately resolve.

Studies performed around the world, including the prestigious Harvard Medical School, continue to verify these assertions. We’ve collected a quite a few of these research studies for you to review yourself.

The scientific basis for Tapping therapy revolves around the functions of a specific almond-shaped part of your brain called the amygdala. It is part of the body’s limbic system, the source of emotions and long-term memory. The amygdala is known as the brain’s fear center, from which the “flight or fight” response originates, alerting other parts of the brain that it senses danger. This, in turn, initiates the firing of other brain receptors and the release of specific hormones that allow the body to respond to the perceived danger.

This process is highly useful when faced with a real survival situation or an actual threat, but can be detrimental when developed into an “irrational fear” such as public speaking or a fear of rejection.

Tapping has been shown to literally “turn off” the amygdala, disrupting the stress response and allowing the brain synapses to be rewired for a more appropriate emotional response to a given situation.

Tapping can be used to resolve a variety of issues so try it on everything! Here’s the method for how to use it. In this example, we’ll focus on general anxiety.

Can you teach tapping to teachers and students at our school?

Yes. Just like adults, when our children are stressed or anxious or nervous, the critical thinking part of their brains doesn’t work as well, making it hard for them to focus on their work.

Watch this 2-minute video by tapping solutions (which has been viewed over 61 million times on Facebook!) about Tapping in Schools.

The research on the effectiveness of tapping has grown leaps and bounds recently! In fact, there are over 100 peer-reviewed studies published on how tapping can improve physiological and psychological symptoms of anxiety including here and here.

COMPLETE CONTACT FORM BELOW TO SCHEDULE YOUR FREE FREE 1-ON-1 STRATEGY CALL.